When we visit the strikers in the deportation camp in Deggendorf, we first meet a seriously ill mother, who has only a limited life expectancy. Instead of adequate medical care, she has received a negative decision. Similarly, many other people tell of denied surgeries. The requirement was attested by a doctor, but the authorities have rejected the treatment. An evidence document can be found anonymised below.

For many there another problem is the access to education. Every child living in Germany for more than three months has the duty to attend school. But this means not only the obligation to go to a public educational institution, but also the right to do so. This right is denied to the children and young people in the deportation camp Deggendorf. At the age of 6 to 20 years they are only allowed to attend a German course. Adults can not even do that: they neither have the opportunity to learn German nor are they allowed to work.

Any possibility of self-sufficiency is withdrawn from the residents. Hotplates and refrigerators are prohibited. At the same time, it is forbidden to take food from the canteen for children who are also hungry in between these time. The canteen opens the doors three times a day for a short time. Outside of these times, mothers are not even allowed to heat milk.

Just as food is only available at limited times, electricity from the sockets is only used at certain times of the day during the weekend.

The entrance to the camp is sealed off by a turnstile and fence and is monitored by a security service.

The medical care, the denied school attendance, the monitoring and deprived independence – all circumstances in the deportation camp are to make the inhabitants clear that they are not welcome. And indeed deportations and the fear of it are omnipresent. We are told that the police comes twice a week and takes people with them! 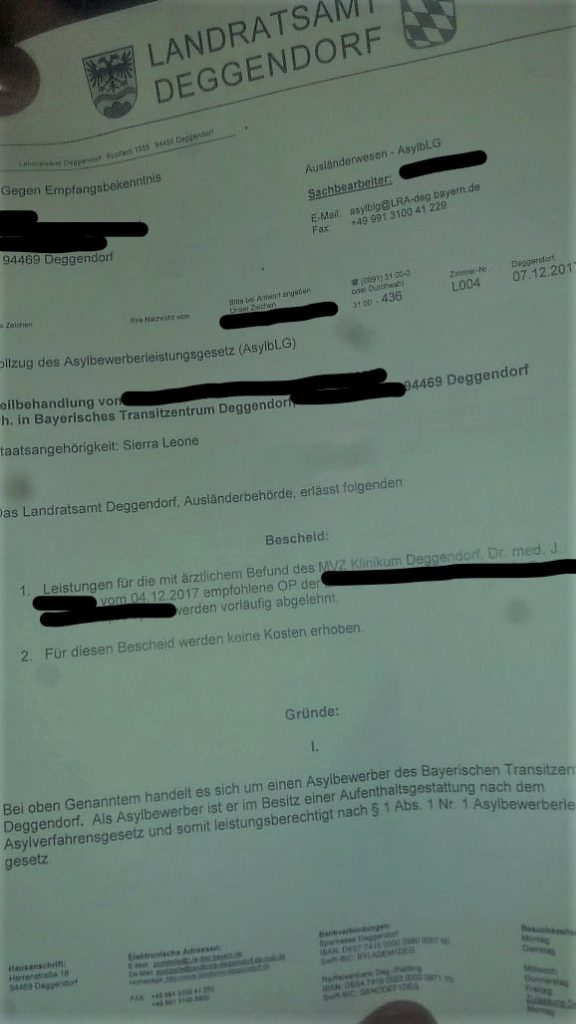