On Friday, 15th of December 2017, 209 people from Sierra Leone in the transit camp in Deggendorf started a ‘strike of closed doors’. In protest, the children and young people refused to attend the German class as access to other educational institutions is denied. The adults haven’t left the accommodation and denied to work in the 80 cents jobs. On Saturday, 16th of December 2017 they started a hunger strike. The protest involves 44 children and young people, as well as 40 women (among them 12 pregnant women) and 125 men. The starting point of the protest was the violent deportation of a man from Sierra Leone on Friday morning, which was stopped in the last minute at the airport. 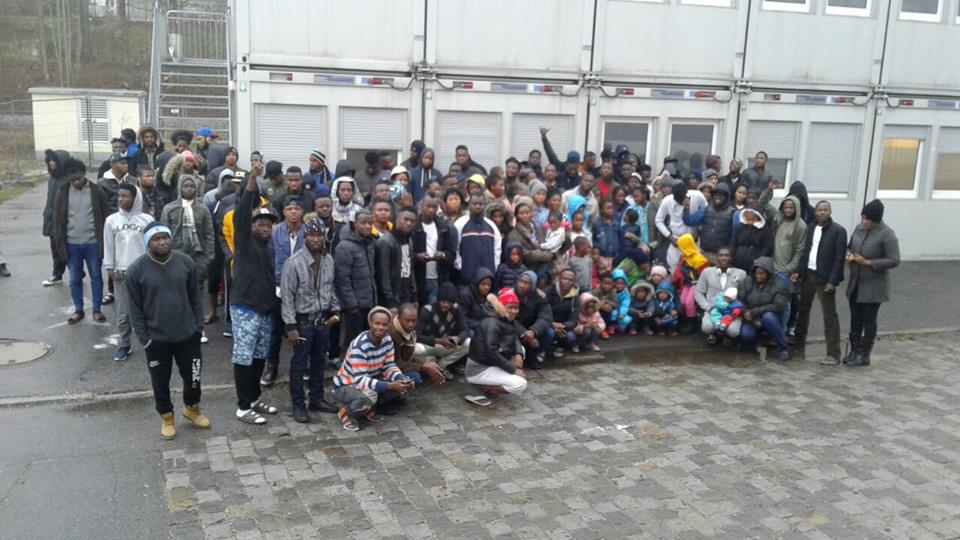 Statement of striking refugees in Deggendorf

We are Sierra Leoneans seeking for protection here in Germany but have been frustrated instead of protected. And we have resolved to strike action based on the following reasons:

Every Asylum seeker from Sierra Leone in Deggendorf gets always negative results in the form of :

– The next point is that we now stay in a camp for 2 years instead of the initial 6 months, with no schooling, no work permit.

– Very poor accommodation facilities with 8 occupants in a room, with poor hygiene and toilet facilities.

– Deportation to Italy with serious torture and no proper arrangements for reinstatement of the immigrants in Italy thereby leaving the immigrants on the street suffering.

– No medication for immigrants for certain sickness.
And now established to us that this is a private camp and cannot allow any journalists.

On this basis we have started on 15th December 2017 a close door strike with no schooling and on Saturday 16th December and Sunday 17th December hunger strike and on Monday, we will be going to city council to get clearances to have a peaceful protest accross Deggendorf with continuation of no schooling and hunger strike.
This is to let the whole world know how Germany is treating the immigrants.